View basket “Algernon Blackwood, The Unknown” has been added to your basket.

The Exile Waiting was the first novel by the Hugo and Nebula award-winning novelist Vonda N McIntyre, first published in 1975. It introduces the world that McIntyre later made famous with her multi-award-winning Dreamsnake: a post-apocalyptic Earth in which Center, an enclosed domed city, is run by slave-owning families who control the planet’s resources and exile the dissidents. But for how much longer?

Also included, a bonus short story! McIntyre’s forgotten origins story ‘Cages’ was first published in 1972 and was rediscovered during the preparation of this edition. 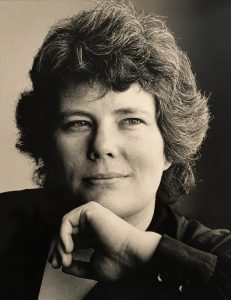 The Exile Waiting sets up the world that Vonda N McIntyre made famous in her award-winning novel Dreamsnake, and its predecessor short story ‘Of Mist and Grass and Sand’. On a post-apocalyptic Earth, Center is the spaceport city, a domed megacomplex run by slave-owning families in a carefully calibrated power balance. They exile the dissidents, the malformed and the alien, and they leave the underclasses to survive as best they can.  Then one day, two strangers arrive, and all the delicate balances are upset. And the exiles are waiting.

Also included in this edition, the first republication of McIntyre’s short story ‘Cages’, originally published in Quark 4, in which she first created the pseudosibs and their terrible origins.

Vonda N McIntyre’s most well-known novel is Dreamsnake (1978), which won the 1979 Hugo and Nebula awards for Best Novel. She was a biologist by training, and the author of several Star Trek and Star Wars novels and many short stories. Her 1997 novel The Moon and the Sun was filmed in 2013 as The King’s Daughter. She died in 2019.

From BSFA Review 9: ‘[Vonda N McIntyre] never got to hold this handsome volume before passing away in April 2019. The
inclusion of an excellent and detailed afterword by Una McCormack, as well as a list of McIntyre’s writings and helpful suggestions
for further reading, make this an invaluable memorial. Also included is a fascinating short story, ‘Cages’, appearing in print for the first
time since 1972.’

From Foundation 135 (March 2020): ‘McIntyre’s characters are plunged into both a literal and a metaphorical void, from out of which a light is shed upon the illusion and violence of power. In retrospect, a lineage can be drawn from McIntyre to such contemporary authors as Becky Chambers and Kameron Hurley. As readers, not only of sf’s past but also its future, we are hugely benefited by having the roots of that genealogy restored and made available to us.’

Watch our video, in which we explain how we came to republish this novel, and why it’s so important.