A companion volume to Kingdoms of Elfin, Of Cats and Elfins gathers together the remaining four Elfin stories by Sylvia Townsend Warner, with the remarkable forgotten tales of The Cat’s Cradle Book (1940), eighty years after its first publication. This is a new selection of Warner’s remaining fantasy short stories, collected for a new generation of fantasy enthusiasts and Warner fans.

With a cover endorsement by Neil Gaiman: ‘Sylvia Townsend Warner was one of our finest writers. I’m thrilled that Handheld Press are bringing some of her uncollected fantasy stories back into print to delight and amaze a new generation.’

Our books are available in bookshops worldwide: please ask your bookshop to order our books through Ingram Publishign Services. 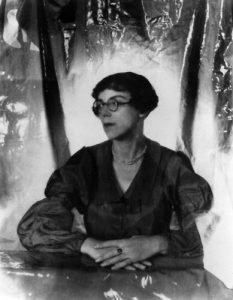 The twenty-three stories in Of Cats and Elfins encompass scholarship (Warner’s ground-breaking 1927 essay ‘The Kingdoms of Elfin’, on modern Elfinology), black humour, the Gothic, and the bizarrely anthropomorphic cats of The Cat’s Cradle Book, which reflect Warner’s preoccupation with the dark forces at large in Europe in the 1940s.

1 The Kingdom of Elfin (essay from 1927)
2 Narrative of Events Preceding the Death of Queen Ermine
3 Queen Mousie
4 An Improbable Story
5 The Duke of Orkney’s Leonardo
6 Stay, Corydon, Thou Swain
The Cat’s Cradle Book
7 Introduction
8 Odin’s Birds
9 The Castle of Carabas
10 Virtue and the Tiger
11 The Magpie Charity
12 The Fox-Pope
13 The Phoenix
14 Apollo and the Mice
15 The Widow’s Portion
16 The Two Mothers
17 The Donkey’s Providence
18 The Trumpeter’s Daughter
19 Death in the Mouth
20 The Traveller from the West and the Traveller from the East
21 Bread for the Castle
22 Popularity
23 Bluebeard’s Daughter

The Guardian liked it very much: ‘Each tale is a beautifully realised imaginative world, resonant with folklore and a rich appreciation of nature.’

The Times Literary Supplement found the stories ‘cut from crystalline prose, they are strange, wonderful and often wickedly funny, as when Apollo responds to a farmer’s complaint: “Stupid prayers are often soonest answered, for no deity can stand them”.  This is storytelling as enchantment and it feels like an answered prayer to fall under Warner’s spell.’

The Fantasy Hive was keen: ‘”The Duke of Orkney’s Leonardo” is a story of an ill-fated child’s gruesome transformation, with undercurrents of queerness and sly undermining of gender norms. It could sit happily with the best stories in The Kingdoms of Elfin, and makes the collection worth the asking price alone … The bulk of the collection is given over to The Cat’s Cradle Book. Warner, like most right-thinking people, loved cats and she and her partner Valentine Ackland looked after many. The Cat’s Cradle Book brilliantly captures the character and sensibility of cats. Much like Warner’s fairies, they are sleek, beautiful, charming yet capricious, and self-reliant; existing parallel but aside to mere human concerns. Warner brilliantly draws the line between the stark coolness of folktales and the attitude of cats by attributing her folktale-inflected stories to cats, reminding us that the earlier versions of fairy tales and legends are from an older time in human history, and are much concerned with darkness and death.’

Desperate Reader didn’t want to stop reading: ‘it gave me that magical feeling of finding something that could have been written just to amuse me. It’s a sense of recognition within a book that I associate more with childhood and teen years than being an adult reader so finding it here was a real gift.’

Sandra Unerman in the BSFA Review said: ‘Cat lovers be warned: the cats die as often as other characters. Sylvia Townsend Warner’s settings and characters are both recognisable and intriguingly strange and her plots take unexpected turns. But her impersonal style gives her narratives a particular, sardonic flavour, which the reader can relish, while being kept at a distance.’

Sylvia made a friend in America, Elizabeth Wade White, who was a young poet and a dissatisfied heiress. Their relationship turned bitter when Valentine and Elizabeth fell in love, and Elizabeth would not let go. Read the story of their tumultuous relationships in Peter Haring Judd’s The Akeing Heart.

After Valentine’s death Sylvia Townsend Warner made a change in her writing. ‘I’m sick of the human heart. I want to write something completely different.’ She wrote the dark fantastical stories that would become Kingdoms of Elfin.

We published Frances Bingham’s biography Valentine Ackland. You can order it here.

We will be publishing a new edition of Sylvia Townsend Warner’s biography of T H White on 17 January 2023; you can pre-order it here.

Watch our video, in which we explain how we chose the stories for this collection, and why they’re probably not for children. And if you’re interested in the cover, watch this short conversation with the Mary Evans Picture Library about how we chose it.

Greer Gilman wrote the Introduction. She is the author of Moonwise and Cloud & Ashes, and two critically-acclaimed novellas about the poet Ben Jonson, as well as poetry and criticism. Her fantasy fiction, rooted in British myth and ritual, has won the Tiptree, World Fantasy, and Shirley Jackson Awards. She wrote the Foreword for the Handheld Press edition of Kingdoms of Elfin. Watch Greer read an extract from ‘The Duke of Orkney’s Leonardo’.