Following the success of Handheld Press’s 2019 anthology Women’s Weird, British Weird is a new anthology of classic Weird short fiction by British writers, first published between the 1890s and the 1930s. Embracing the famous and the undeservedly obscure, this collection – curated by James Machin, author of Palgrave Gothic’s Weird Fiction in Britain, 1880-1939 – assembles stories to thrill, entertain, and chill.

Watch our video about this anthology.

Have you seen our tantalising postcards? You can inspect and order them here. 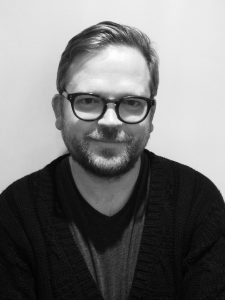 British Weird also includes the full text of Mary Butts’ seminal 1933 essay ‘”Ghoulies and Ghosties”. Use of the Supernatural in English Fiction’. James Machin’s introduction describes the background for these excellent stories in the Weird tradition, and identifies their use of peculiarly British preoccupations in supernatural short fiction.

Altogether Machin’s anthology is a very successful attempt to condense a long and extraordinarily rich era of quality fiction into just nine stories, also providing a good mixture of the renowned and the less well-known. It’s highly recommended for readers who are new to the stories of the period, while also rewarding long-term fans. ‘ – Gingernuts of Horror

‘This book is an absolute must-read for anyone with even a passing interest in the pre-WW2 era of the British Weird, and the stories have been chosen with obvious care. Machin has avoided the temptation towards an over-emphasis on the folk-horror weird of the cultish countryside by including more modern-feeling and urban pieces, and there’s a refreshing variety of voices’ – Horrified

‘British Weird is essential for anyone with an academic interest in the Weird. Machin’s introduction wrestles with the perennial question – what exactly IS the Weird? – and manages to unearth new insights and approaches. As is standard for Handheld Press releases, Kate Macdonald’s erudite notes are particularly helpful for untangling the many arcane references that crop up in the stories and separating the obscure from the fictional. The anthology also reprints Mary Butts’ seminal 1933 essay ‘Ghosties and Ghoulies: Uses of the Supernatural in English Fiction’. Butts’ essay is a companion piece to Lovecraft’s essay ‘Supernatural Horror in Literature’ (1927) in terms of being an early attempt to lay out the groundwork for the genre of Weird fiction and define what it is and who was writing it. Butts proves herself as knowledgeable and as passionate about the field as Lovecraft, but in place of Lovecraft’s staunch atheism, Butts acknowledges her belief in the supernatural throughout, making for a more discursive read that throws up fascinating insight into Butts’ beliefs and writing practices whilst serving as a thoroughly in-depth guide to the early days of the genre.’ – Fantasy Hive

‘This anthology is a beautiful selection of chilling tales which steps out of the cosy drawing rooms of more mainstream offerings and onto the uncanny moorlands that lie beyond.’ – Sublime Horror

‘This is a thought provoking as well as enjoyable collection. Machin’s introduction is excellent, as are Kate Macdonald’s notes, it works brilliantly as a collection of stories to while away dark nights with – especially as there’s plenty to make you be grateful to be safe at home, but there’s a lot more to think about here if you want to. Highly recommended!- Desperate Reader

Women’s Weird 2: our second anthology edited by Melissa Edmundson, this collection of short supernatural fiction from 1891 to 1937 covers new geographical territory with fiction from Canada, Australia, India, the USA and New Zealand.

The Villa and The Vortex, by Elinor Mordaunt: we bring this exceptionally good writer of Weird fiction back into print with this new anthology of her best supernatural writing.

The Outcast and The Rite, by the Australian writer Helen Simpson, this collects the best of her unsettling supernatural writing, adding some little-known stories to her 1925 collection The Baseless Fabric.

From the Abyss, by D K Broster, a spectacularly good collection of the Weird short fiction that this very popular historical novelist wrote alongside her novels of the eighteenth century (to be published 9 August 2022).