The Australian novelist and playwright Helen de Guerry Simpson (1897-1940) published many supernatural short stories. This new edition selects the best of her unsettling writing, adding some little-known stories to her 1925 collection The Baseless Fabric.

Featured stories include:
‘An Experiment of the Dead’, in which a visitor comes to visit a woman in the condemned cell.
‘Good Company’, in which a traveller in Italy becomes temporarily possessed by a hitchhiker in her mind.
‘Grey Sand and White Sand’ is the horrifying story of a demented landscape artist who paints what only he can see.
‘The Outcast’, in which a soldier left for dead in the War takes his revenge on his village.
‘The Rite’, in which a discontented woman enters a wood, and emerges transformed.

You can order the epub from Amazon here and from Kobo here.

Our books are available in bookshops worldwide: please ask your bookshop to order them through Two Rivers / Ingram.

Order the paperback edition direct from us (it comes with an exclusive bookmark) by adding it to your cart below, and pay by PayPal or UK bank transfer.

You can also pay in euros and US dollars. Please email us at enquiries@handheldpress.co.uk to be sent the details for our euro and dollar accounts, and we will organise your order that way. 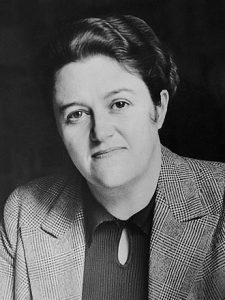 Helen de Guerry Simpson was born in Sydney, New South Wales, in 1897, and studied at Oxford. Her novel Boomerang won the James Tait Black Memorial Prize for 1932. She died from cancer in 1940. Her close friend, the novelist Margaret Kennedy, took charge of Simpson’s daughter Clemence during the war while Simpson was in her last illness. Clemence and Simpson both feature in Kennedy’s wartime memoir, Where Stands A Winged Sentry, also published by Handheld Press.

The Introduction is by Melissa Edmundson, the leading scholar of women’s Weird fiction and supernatural writing from the early 20th century.

’13 supernatural stories that showcase Simpson’s lush, painterly descriptions of the natural world and her subtle, deeply intuitive sense of human relationships … Simpson wonderfully contrasts the wild and the domestic, and her greatest strength lies in her ability to build a sense of rustic normalcy before letting a slice of the unusual disturb the course of life. Fans of Daphne du Maurier and early 20th-century supernatural fiction will love this forgotten treasure.’ – Publishers Weekly

‘For those interested in the history of horror literature … especially those who are fond of M R James’s authorial dedication to landscape —you’ll enjoy Simpson’s work. Simpson beautifully captures the psychology of her protagonists across all of the stories in this collection … The Outcast and The Rite, like Handheld Press’s other books, is an enchanting read and shines light on the work of an author who deserves to be celebrated. If you’re looking to learn more about the contributions of women to supernatural fiction, learn more about the history of horror, or looking to expand your literary horizons and go for a challenge, The Outcast and The Rite may be your cup of tea.’ – What Sleeps Beneath

‘Those things which are unsaid, starkly defined by the gap they leave due to their absence, are as much a kind of ghost as any sheeted form or clanking chains … Helen de Guerry Simpson, in the eerily oblique tales collected here by Melissa Edmundson, is one writer whose understanding of this deeper reticence, this unsettling failure of absence, is often masterful … The stories in The Outcast and The Rite are not always tales of haunting but they are all haunting tales. Another excellent and highly recommended addition to Handheld’s library of unfairly ignored but deeply weird tales.’ – Dead Reckonings

‘The weirdness in Simpson’s fiction is more akin to that of Mordaunt than, say, Lovecraft or M R James; there are no monsters here, tentacular or otherwise … These are stories of mesmerising ambiguity, effortlessly bridging the reductive distinction we have come to make between ‘literary’ and ‘genre’ fiction. Simpson possesses the prosodic precision, the arch tone and wisdom, and the incisive description, of her modernist peers, whilst still managing to disturb with evocations of ghosts that aren’t quite ghosts, of possessions that aren’t strictly demonic, and seances that don’t unleash supernatural evil – but rather uncover the atrocities of men.’ – Horrified

‘I was first introduced to her writing through one of her stories in Women’s Weird 2. After that first taste I was eager to learn more about her as a writer, and this collection has the answers! … Each of these tales leaves you with more questions than answers at the end, but also a definite sense that something spooky has occurred. If you love weird fiction, atmospheric horror, and reviving the works of underappreciated female authors, definitely check out The Outcast and The Rite!’ – The Gothic Library

‘These are subtle, understated stories in which the reader almost chases the ghost. There are no glib explanations, no neat resolutions, no large set pieces … If you are looking for more conventional supernatural stories, then these may not be for you. But if, like me, you relish an air of unease, a feeling of dread, a sense that the everyday world has suddenly shifted then you may appreciate the strange charms of these stories’ – A Ghostly Company (summer 2022)

Women’s Weird 2: our second anthology edited by Melissa Edmundson, this collection of short supernatural fiction from 1893 to 1937 covers new geographical territory with fiction from Canada, Australia, India, the USA and New Zealand.

British Weird: edited by James Machin, this collection of short British supernatural fiction from 1981 to 1937 displays an unsettling mastery of Weird preoccupations.

The Villa and The Vortex, by Elinor Mordaunt: we bring this exceptionally good writer of Weird fiction back into print with this new anthology of her best supernatural writing, first published between 1916 and 1924.

From the Abyss, by D K Broster, a spectacularly good collection of the Weird short fiction that this very popular historical novelist wrote alongside her novels of the eighteenth century.

The Unknown, by Algernon Blackwood. A collection of his essays and short fiction about the immeasurable, the inconceivable, and incomprehensible (to be published 14th March 2023).